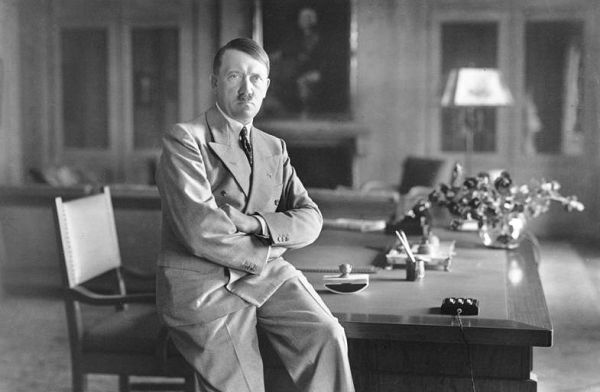 As soon as the news was broadcast that Adolf Hitler was dead, conspiracy theories began to emerge. Hitler had faked his own death, he was in hiding, or he had escaped to some other country. The most long-lived theory was that he was in Argentina, as were other Nazi escapees. But some said he went to Kentucky.

Some American papers cited rumors that he had taken to digging tunnels in the mountains of southeastern Kentucky. The evidence of survival was weak to non-existent. But by 1947, a Gallup poll found 45 percent of Americans believed Hitler had survived—among them, a group of disgruntled German descendants scattered across the country who, for several months, had been corresponding with a man who called himself “Furrier No. 1.”

In hundreds of letters mailed between 1946 and 1956, “Furrier No. 1” explained that he was, despite misspelling his title and writing in vernacular English, Adolf Hitler. As it turned out, both he and Braun had survived! They had set up camp in Kentucky to plot a “new revolt” and take over the United States, then the world, and finally: outer space. Hitler and his gang of 36,000 German dissidents were hard at work digging tunnels from the nearby mountains to Washington, D.C., to aid their revolution. When he wasn’t underground, Hitler got around by way of “invisible cab.” Together, his “huge armies of soldiers and scientists” had built 116 secret factories across Kentucky and Idaho to develop atomic bombs and “invisible spaceships which made no sound.”

The strange thing is that not only did people believe the story, quite a few sent him money! The even stranger stuff is in the story behind “Furrier No. 1,” which you can read at The Daily Beast. -via Fark