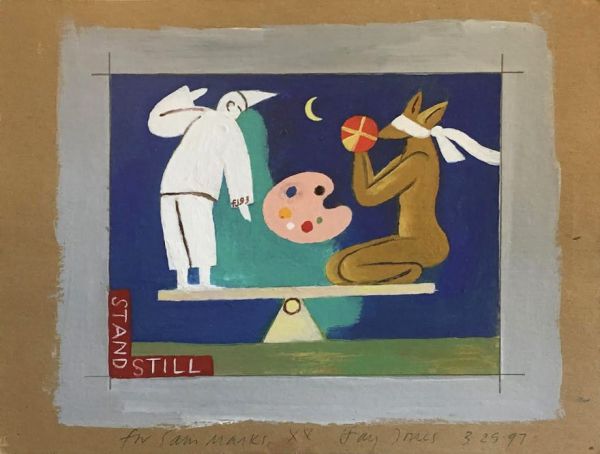 This personal story is a bit different from what you'd usually find at Collectors Weekly. Twenty-five years ago, Ben Marks' young son inspired an interview with the creator of a fairly new game that was becoming popular. At the time, no one knew how popular or long-lasting it would be.

In June 1994, Richard Garfield was the rising superstar of hobby gaming. A Ph.D. in combinatorial mathematics, Garfield had launched his wildly successful collectible card game, “Magic: The Gathering,” barely a year earlier, but it had already sold 170 million cards. From its “Alpha” release in August 1993, the game’s initial inventory of 295 individually named cards had swollen to 500, each featuring an original illustration on its face. Taken together, the cards painted a picture of a fantastical land filled with wizards, demons, sorcerers, and enchanted stones. Hobby-and-game shops routinely sold out of the meager inventories they received from Wizards of the Coast, the game’s publisher, which struggled to keep up with demand. And when my then-6-year-old son, Sam, was bitten by the Magic bug, I smelled a story.

I pitched an article about Magic to a magazine in New York. Somehow, I convinced this well-funded monthly to fly Sam and I from San Francisco to Seattle so I could interview Garfield. My plan was to get the game’s inventor to explain his creation to a general-interest readership, cherry-pick a few details to give my story color (“Garfield appears slightly dazed as he sits cross-legged and shoeless on an office chair, his feet warmed by a pair of rainbow-hued tabi socks … ”), and then write up the play-by-play of a game of Magic between my child and the gaming Goliath.

The interview came off better for Sam than it did for Ben. All these years later, Ben tells of the many connections discovered between his family, Garfield, and one unique piece of art, sometimes bordering on the eerie.