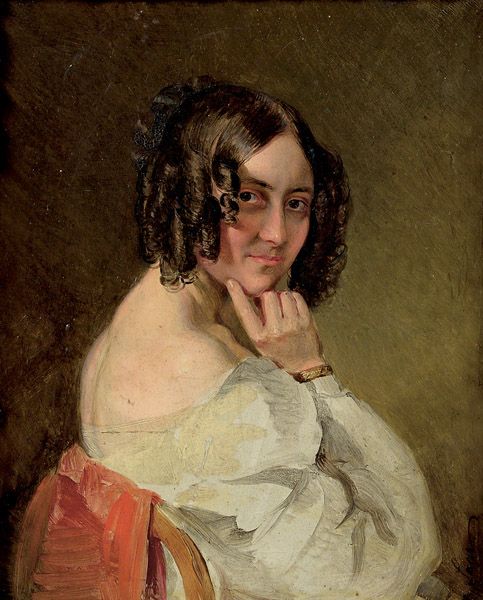 A lot of songs are written about real people and real situations. Here are the stories behind some of those songs, and the women who inspired them.

Written for: Some girl probably not named Elise. In fact, as far as most historians can tell, Beethoven didn't even know an Elise. Instead, the song was originally titled "Bagatelle in A minor" based on some handwritten notation a Beethoven researcher claimed to have seen on a now-lost copy of the sheet music.

Further complicating things, Beethoven had hideous handwriting—to the point that some scholars speculate the song was actually written "for Therese," as in Therese Malfatti, one of several women who turned down a marriage proposal from the notoriously lovesick maestro. 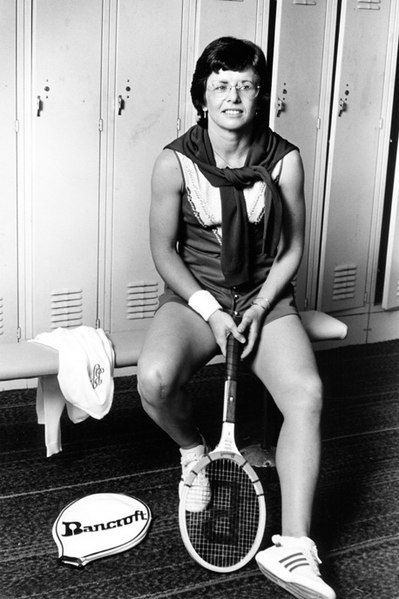 Written for: Billie Jean King, as a thank-you for a tracksuit she gave Elton. And what a tracksuit it must have been! The 1975 song remains one of the most popular disco hits ever, leaving thousands of Hustle enthusiasts wondering just what Billie Jean King had to do with Philadelphia, anyway.

Turns out, the song was a reference to King's pro tennis team, The Philadelphia Freedoms. Prior to 1968, tennis players were all considered "amateurs" and weren't eligible to receive prize money. So, if you didn't have the wealth to support yourself, you couldn't play. Billie Jean King fought against those constraints, ultimately founding Professional World Team Tennis in 1974 and turning tennis into a paid league sport. (Image credit: Lynn Gilbert)

Written by: The Kinks' Ray Davies

Written for: A transvestite. But the question is, which one? According to Rolling Stone, "Lola" was inspired by Candy Darling, a member of Andy Warhol's entourage, whom Ray Davies briefly (and cluelessly) dated. If that's the case, then "Lola" is just another notch on Darling's song belt—she's also referred to in Lou Reed's "Walk on the Wild Side." ("Candy came from out on the Island/ In the backroom she was everybody's darlin'.")

But, in the Kinks' official biography, Davies tells a different story. He says "Lola" was written after the band's manager spent a very drunken night dancing with a woman whose five o'clock shadow was apparently obvious to everyone but him. 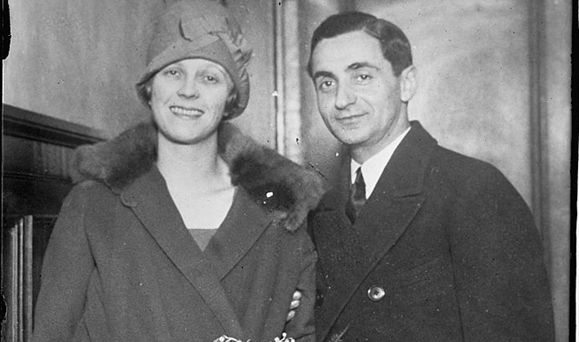 Although you're probably more familiar with the 1963 version recorded by Patsy Cline, "Always" was written in 1925 for Ellin MacKay, a Western Union heiress who was 16 years Berlin's junior. The alleged cradle-robbing, however, was far less scandalous than the issue of Berlin's religious background. Berlin was Jewish, MacKay was Catholic, and her father was just plain furious. MacKay attempted to distract Ellin's affections with a year-long trip to Europe, but when that failed, he disinherited her. Berlin responded by marrying Ellin and giving his new wife an unusual gift- the royalty rights to "Always." Conveniently, that sum ended up being rather remarkable, which more than helped to compensate for the lost inheritance.

Written by: Jim Keller (of Tommy Tutone) and Alex Call

Written for: Unknown, as the songwriters apparently make up a different story about its inspiration every time they're asked. While the woman continues to remain a mystery, however, the phone number is all too real. In fact, it's been wreaking havoc ever since 1982the passage of time hasn't quelled of the number of crank calls. In 1999, Brown University freshman roommates Nina Clemente and Jahanaz Mirza found that out the hard way, when the school adopted an 867 exchange number for its on-campus phone system. Immediately, the girls' innocuous Room No. 5309 became a magnet for every drunk college kid with a 1980s fetish.

Other unfortunate phone customers have fought back with creative and profitable solutions, like the holder of 212-867-5309, who put his phone number up for auction on eBay in 2004. Bids approached $100,000 before eBay pulled the item at the request of Verizon, the number's actual owner. 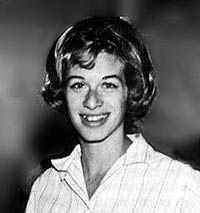 However, the real success of "Oh, Carol" came a few months later, when it inspired King to write a rebuttal entitled "Oh, Neil." At the time, King and her husband, Gerry Goffin, were fledgling songwriters in need of a hit tune. "Oh, Neil" wasn't that, but it did pay off. After Sedaka gave a tape of the song to his boss, King and Goffin landed jobs at the legendary Brill Building pop music factory, where the duo went on to write chart-toppers like "Will You Still Love Me Tomorrow" and "The Loco-Motion." 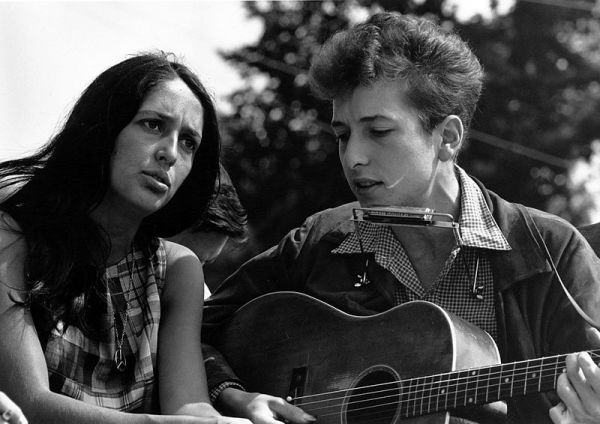 Written for: Joan Baez, though it clearly wasn't the nicest gift Dylan could have given her. The two met in 1961, when Baez was an up-and-coming folk singer and Dylan was a nobody from Minnesota. Desperate to make his break in the music biz, Dylan worked like crazy to get Baez's attention. He eventually ended up going on tour with her, which is how he first became famous, and also how the two began dating. For a while, they seemed like the golden couple, but things soon went downhill.

During a European concert tour together in early 1965, they had a huge fight and parted ways. That May, Dylan was holed up in a hotel after being hospitalized with a virus, and Baez, hoping to remain friends, decided to bring him flowers. Sadly, that's how she found out that her ex was already dating someone else. That someone else was Sara Lownds, whom Dylan married a mere six months later. 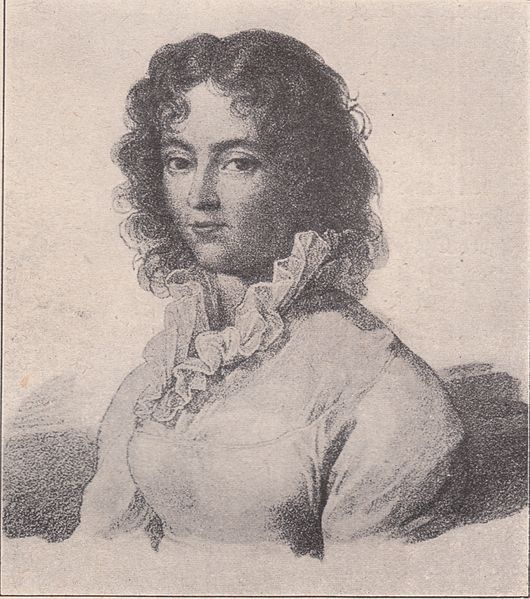 Written for: Constanze, Mozart's much-maligned-by-history wife. Thanks to the movie Amadeus, most people are under the impression that Constanze Mozart was an airhead whose key virtue was her willingness to sleep with anyone who could advance her husband's career. In reality, Constanze was a talented and respected singer with a shrewd mind for business. She successfully negotiated Mozart's loans and publications while he was traveling on tour. And, after his death in 1791, she supported herself and her children by organizing and performing in a popular series of memorial concerts. By the time she'd remarried (to Mozart's biographer, Georg Nissen) in 1809, her financial situation was downright pleasant.

Written for: Joni Mitchell. In December 1968, Nash and Mitchell moved into a cozy little house in the Laurel Canyon section of Los Angeles. Though commonly left out of the hippy pantheon, Laurel Canyon was sort of a commune-home away from commune-home for San Francisco society -not just CSN&Y, but also Jim Morrison, the Eagles, Frank Zappa, and more. 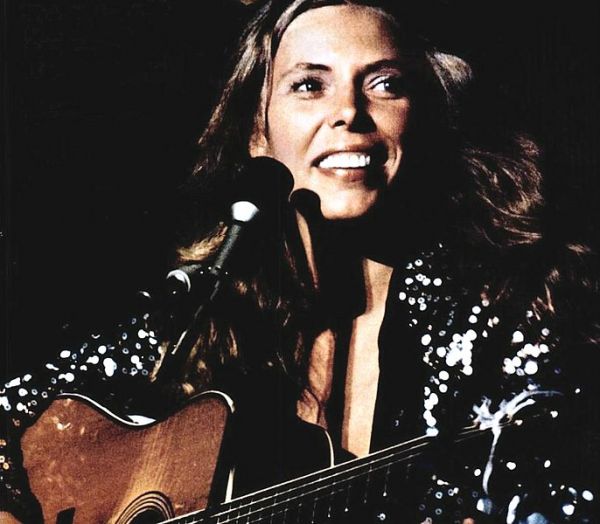 "Our House" was directly inspired by a lazy Sunday in the Nash/Mitchell household. The couple went out to brunch, hit an antiques store, and then returned to find the house just a bit chilly, at which point Nash literally "lit a fire," while Mitchell "placed the flowers in the vase that she bought that day." No, really. The whole tableau seemed so ridiculously domestic to Nash that he immediately sat down and spent the rest of the day writing about it.

Written for: Afeni Shakur, who is, obviously, Tupac's mama. A fascinating character in her own right, Afeni Shakur was born Alice Fay Williams, but changed her name while working with the Black Panthers in the 1960s. In fact, Tupac (named after the Peruvian revolutionary leader Tupac Amaru II) was born in 1971—just a month after Afeni was acquitted of bombing conspiracy charges. (She had spent most of her pregnancy behind bars.) As the song implies, she and Tupac didn't always get along, particularly during his adolescence, when Afeni was addicted to crack. But, by the time of Tupac's death in 1996, she was clean and the two had patched things up long enough for Tupac to write that she "was appreciated." Today, Afeni runs a charity in her son's name and is (somewhat controversially) responsible for Tupac's multiple posthumous CD releases. The article above, written by Maggie Koerth-Baker, is reprinted with permission from the November-December 2006 issue of mental_floss magazine.

The article would best recount that there was indeed a Suzanne of Leonard Cohen's beautiful "Suzanne." She was Suzanne Verdal, the hippy wife of a friend of Cohen's.
Abusive comment hidden. (Show it anyway.)
This is fertile soil to plow. Eddie might be able to add another ten. My contribution: Layla.
Abusive comment hidden. (Show it anyway.)
1 reply
Login to comment.
Click here to access all of this post's 3 comments