We've read their comics, watched their movies, TV shows and cartoons, and dressed like them for Halloween. But where did our favorite superheroes come from? 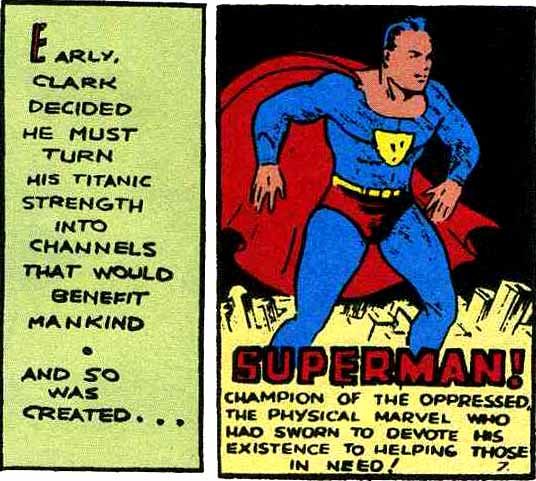 Arguably America's first superhero, the Son of Krypton made his debut in June of 1938 in Action Comics. Being, as he was: faster than a speeding bullet, stronger than a locomotive (we're confused by that metaphor, too) and able to leap tall buildings in a single bound, Superman represented an entirely new kind of American hero. No longer satisfied with idolizing self-made men, pioneers, and various and sundry presidents, American kids suddenly seemed to need a hero who was incredibly powerful and, with his easy sense of right and wrong, deeply not human. 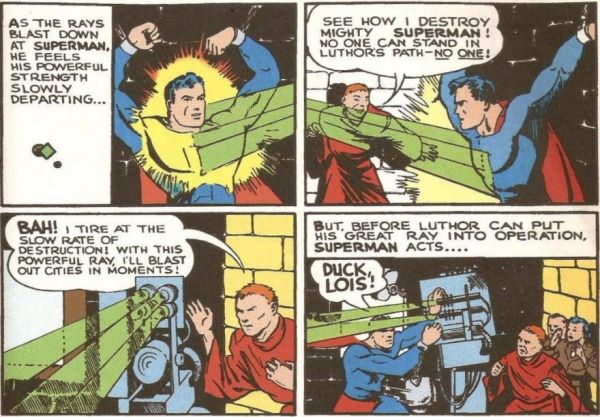 Every hero needs a nemesis and that role in Superman's life was soon filled by mad scientist, wealthy businessman, and occasional presidential hopeful Lex Luthor. Of course, the Lex of the 1930s looked nothing like the slick tycoon you're accustomed to, largely because, at the time, he sported a clown-esque shock of red hair. It wasn't until 1941 that Lex acquired the smooth pate we've all come to know and love. However, later editors would revise what was originally a simple fashion decision into something much deeper.

In the 1960s, the story of Superman and Lex's relationship was stretched back in time to have them meeting up and, naturally, fighting during their teenage years. During this re-writing of history, it was revealed that Lex lost his hair as a child in a freak chemical plant explosion, which, inexplicably, he blamed on Superboy. Filled with the sort of animosity only a member of the Hair Club for Men could truly appreciate, Lex vowed to destroy the man who caused his baldness. In fact, in a November 1962 issue, the now-grown Superman intimates that Lex might have been the world's "greatest benefactor" were it not for the explosion that turned him into a bitter criminal.

The year after Superman premiered, Detective Comics came out with their own, very different superhero. Who was he? The Batman, that's who. For Bruce Wayne, fighting crime wasn't about flying, punching people to the moon, or burning holes in things with his eyes. No, Batman was more honest than that. Just an average guy in peak physical shape (later revised to peak physical shape and ninja training), Batman got by on his wits and a never-ending supply of thematically named accessories—Batmobile, Batplane, Batmarine, the list goes on and on. He was the first superhero to indulge in a secret hideout, constructing the Batcave as a base of operations and the first to take on an underage protégé, touching off both a major comics trend and decades of snickering innuendo. 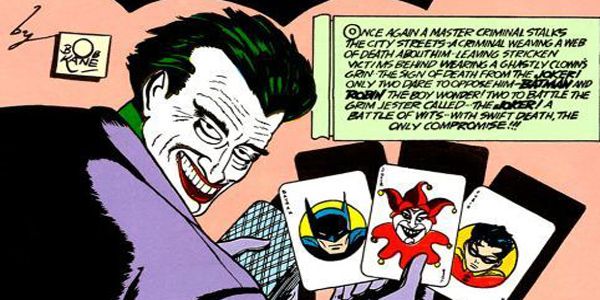 A major innovation in his own right, the Joker's introduction in Spring of 1940 marked the arrival of the first true supervillain. Sure, Lex Luthor came first, but evil business honchos are a dime a dozen. The Joker represented comics' first foray into literally insane bad guys that were at once writhing in high camp and utterly terrifying. All three men involved in the creation of Batman claim individual credit for the Joker, citing various inspirations from the 1928 film adaptation of Victor Hugo's "The Man Who Laughs" to personal experience as a practical jokester. Of course, the Joker's "jokes" tended to lean a bit more toward the homicidal than anything being perpetrated by turn of the century schoolboys—like the Grinning Death, a rigor mortis-stiffened smile brought on by the Joker's specially developed poison gas.

Although she's certainly earned her role as a feminist icon, the origins of Princess Diana the Amazon aren't exactly as "feminist" as we might think today. Created in 1942 by psychologist William Moulton Marston, Wonder Woman was indeed intended to be a role model for comics-reading little girls. But Marston's intentions were a little different from what you might expect. 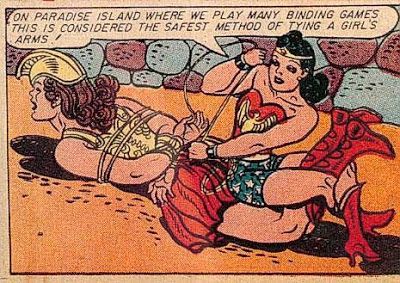 In a 1943 issue of The American Scholar magazine, he explained Wonder Woman as an attempt to show little girls that women could have fun adventures while still being "tender, submissive, and peace-loving." The character was actually inspired by two real women: Marston's wife, Elizabeth, and their polyamorous lover, Olive Byrne—which puts quite a twist on Wonder Woman's original catch phrase, "Suffering Sappho!" Then there's all the bondage. Early Wonder Woman books were chock-full of women tying up men, men tying up women, and lots of women tying up each other. Wonder Woman even told stories about how much the Amazons liked to play bondage games. Spanking, for the record, was also rather prevalent (the Amazons apparently had a whole penal system based around it) and Marston made it clear in interviews that this was intentional, a love of light S & M just being one more trait of his ideal woman. 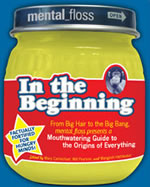 The article above by Maggie Koerth-Baker is reprinted with permission from mental_floss' book In the Beginning.

From Big Hair to the Big Bang, here's a Mouthwatering Guide to the Origins of Everything by our friends at mental_floss.

Did you know that paper clips started out as Nazi-fighting warriors? Or that cruise control was invented by a blind genius? Read it all in the book!