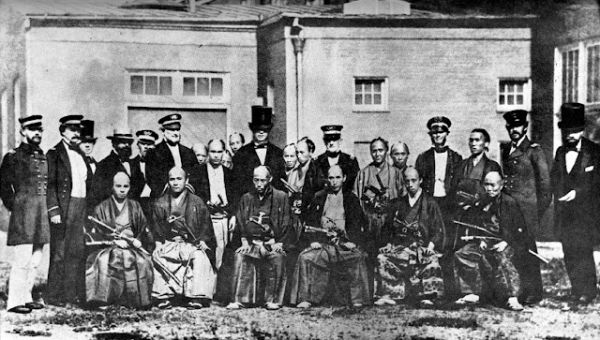 On Independence Day of 1860, one of the most notable events in the history of Montour County took place-- a visit from Japanese royalty! Why Japanese royalty should want to pay a visit to the sleepy seat of Pennsylvania's smallest county never exactly crossed the minds of the excited local residents, and perhaps that is how one of the greatest and most elaborate hoaxes in Pennsylvania history came to fruition.

The story of the great Japanese Embassy hoax might have remained forgotten in the dustbin of history had it not been for a New Yorker-- and former Danville resident named W.A.M. Grier-- who came across letters and documents pertaining to the "royal visit" while cleaning out his Brooklyn home decades later. In 1910, the Danville Morning News published Grier's account of the outrageous hoax for the benefit of those who had never heard about it. Apparently, most of the older residents had either forgotten about it, or were simply too embarrassed to admit that it had ever happened.

Apparently, a group of the town's movers and shakers thought it would be fun to impersonate the Japanese delegation. The arrival of the "ambassadors" and their entourage meant a huge crowd at the train station, a parade, and an address to the townspeople through an interpreter at the courthouse square. Read how they did it and how well they pulled it off at Pennsylvania Oddities. -via Strange Company