Rock 'n' roll guitarists have been smashing guitars onstage since at least 1964, when Pete Townshend of the band The High Numbers got a bit upset and wanted everyone to know about it. The audience was impressed, and he repeated the stunt quite a few more times as the band became known as The Who. After that first time, it was always planned, because guitars are quite expensive. Other musicians followed, impressed by the sheer ballsiness of the gesture.

“I grew up lucky enough to have seen The Who in ’68. I saw Jimi Hendrix twice,” Kiss frontman (and avid guitar-smasher) Paul Stanley told AllMusic in 2016. “The idea of almost ritualistically smashing a guitar is something so cool and touches a nerve in so many people that it seemed like a great way to put a period or to dot the i or cross the t at the end of a show—that this is finite, that this is over, it’s the climax.”

Read why Townshend destroyed his first guitar onstage and how others put their own spin on live destruction, a custom that continues today, at Mental Floss. -via Digg 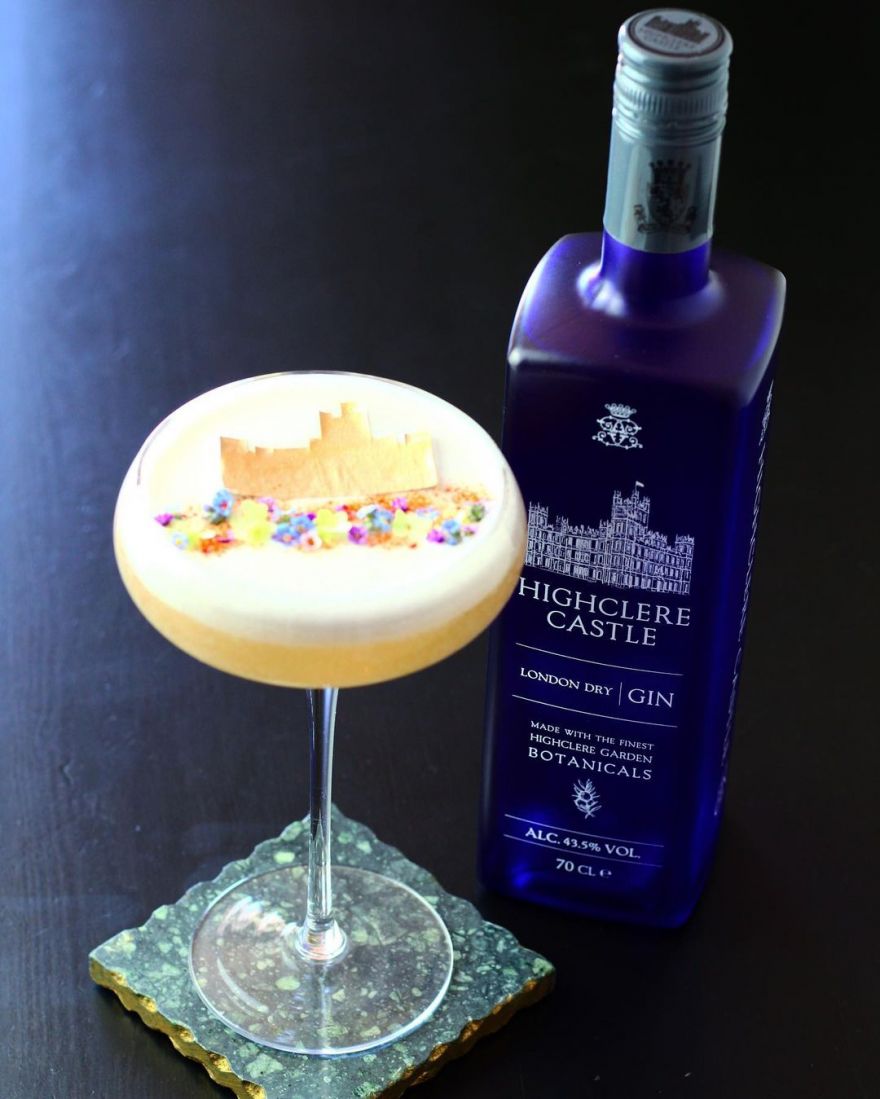 Veermaster Berlin's Instagram page is worth a long scroll through. His cocktails are visually stunning masterpieces. Each one is a carefully presented work of art.

The garnish consists of herbs, forget-me-not flowers, chili powder, and a sheet of gold.

-via In Love with Drinks 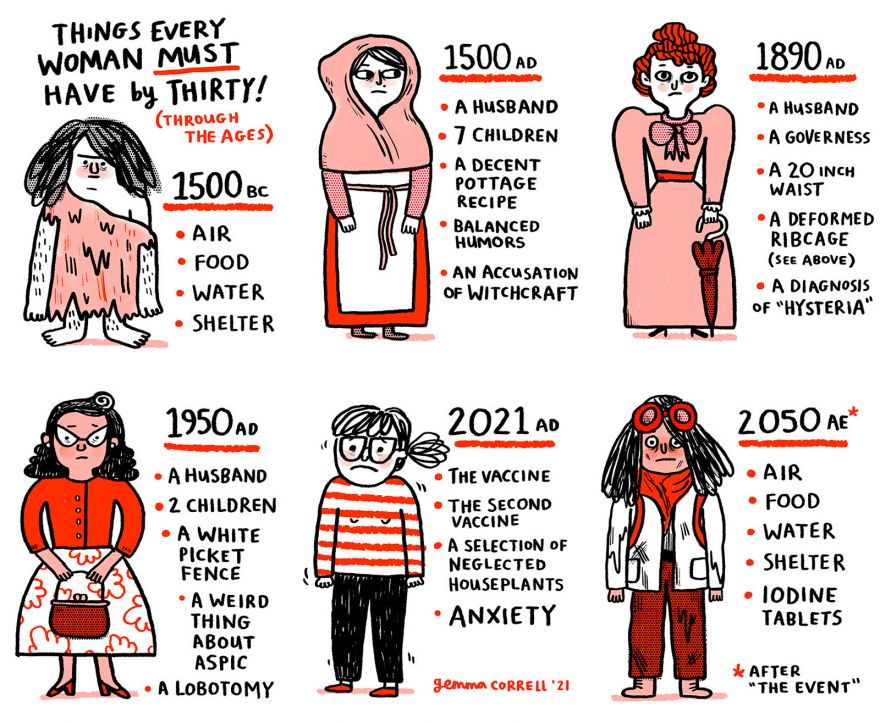 Because not all women throughout time have had access to Buzzfeed, cartoonist Gemma Correll has helpfully illustrates the demands that past societies have imposed upon women.

Coincidentally, as I wrote this post, my 12-year old daughter passed by and asked me to define a variety of terms on it, including hysteria, lobotomies, and aspic. It was a difficult conversation, but I'm glad that Correll gave me the opportunity to talk about the dangers of jello salads. That era, thankfully, has passed from our time.