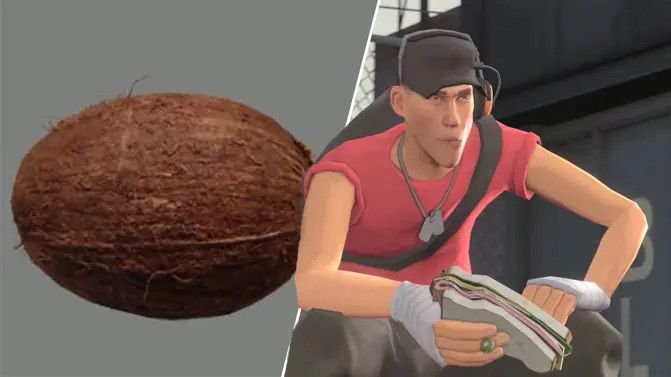 "In the Love & War update, when particles for the taunts were added, one of the particles were [sic] the unused coconut.vtf," said Reddit user TheThunderGuyS. "It was literally a coconut. Due to some spaghetti code other taunts were linked to this particle, so even though it was unusued [sic], it causes errors and crashes when removed (crash on map load because TF2 preloads everything)." As Valve itself hasn't acknowledged the coconut in Team Fortress 2, it's not known just how entangled the file is with the code and whether it could ever be extracted. Still, it's a funny quirk of one of the most influential games in the multiplayer genre.

Image via the Gaming Bible