From the panels to the exclusives and from the brand activations to the celebrity signings, there is a  lot to enjoy about the San Diego Comic Con. But perhaps the best part for those who don't get to attend the convention themselves is the chance to see all the amazing cosplays created by so many talented fans. And while it's easy to feel left out because you missed the con itself, the good news about getting to enjoy the cosplays online rather than in person is that you are able to avoid the dreaded Comic Con plague which managed to hit me and my family this weekend, as well as many of our friends who attended. So sit back, enjoy these fun photos and be happy for your good health.

All images by Zeon Santos or myself. 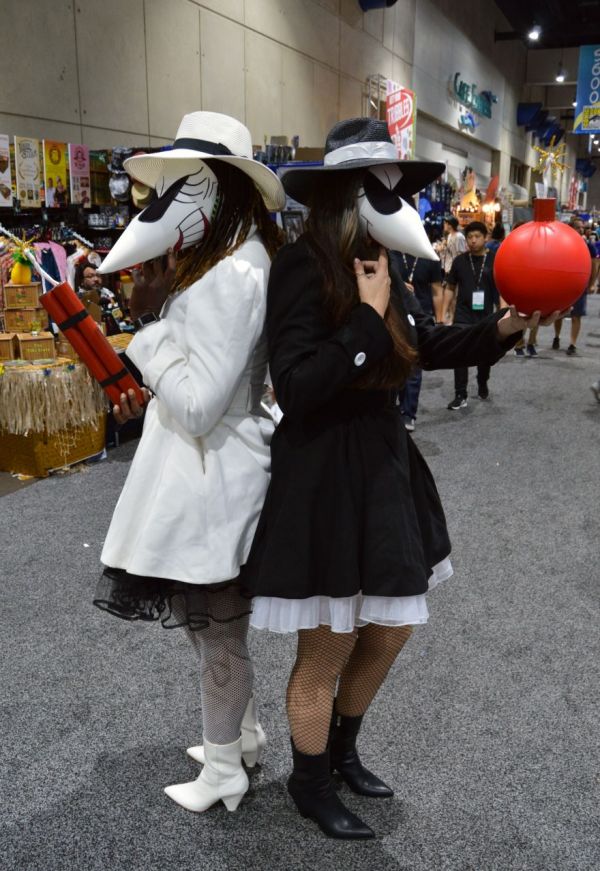 These cosplayers from Fathoms of Fantasy not only look perfect, they even handed out comic strips featuring them in their costumes in a classic Spy Vs. Spy tale.

Lindsey Ellis looks at the marketing of the dark side. We all know that Lucas and company designed the evil Empire to resemble the forces of Nazi Germany, but the costumes and sets are just so cool-looking that every new young Star Wars fan wants to be Darth Vader for Halloween. In much the same way, the original Nazis looked cool to the generation that became the Hitler Youth. It helps that we don't get much of a look into the Empire's fascist ideology, and even less into that of the First Order. Not understanding the underpinnings of evil makes it easier to sell, as in pajamas and lunchboxes. This video is long, but if you are  interested enough to begin, it will hold your interest. -via Metafilter 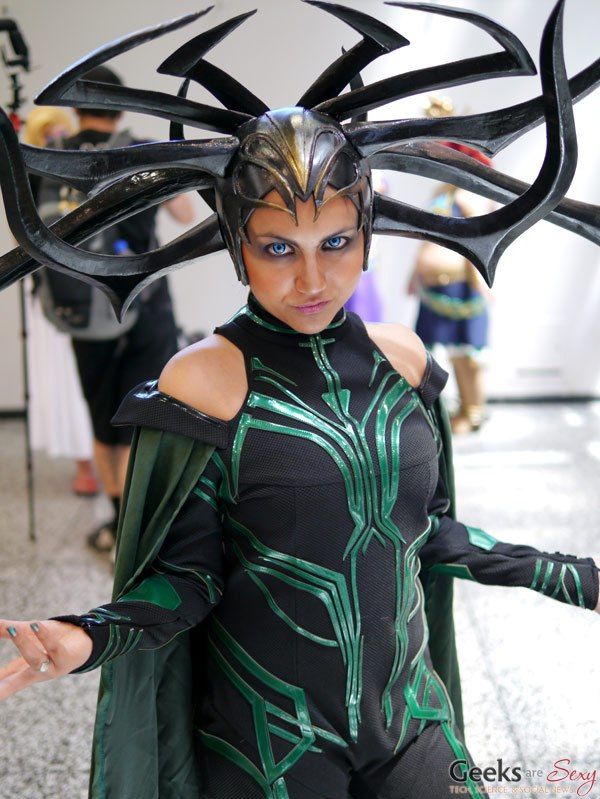 Montreal Comiccon is ending today, and as usual, our Canadian geek friends at Geeks Are Sexy are on the scene to document the sights you might otherwise miss. They've already posted a gallery of the best comic book, movie, TV, and anime costumes from earlier in the weekend, with more coming in the next couple of days. 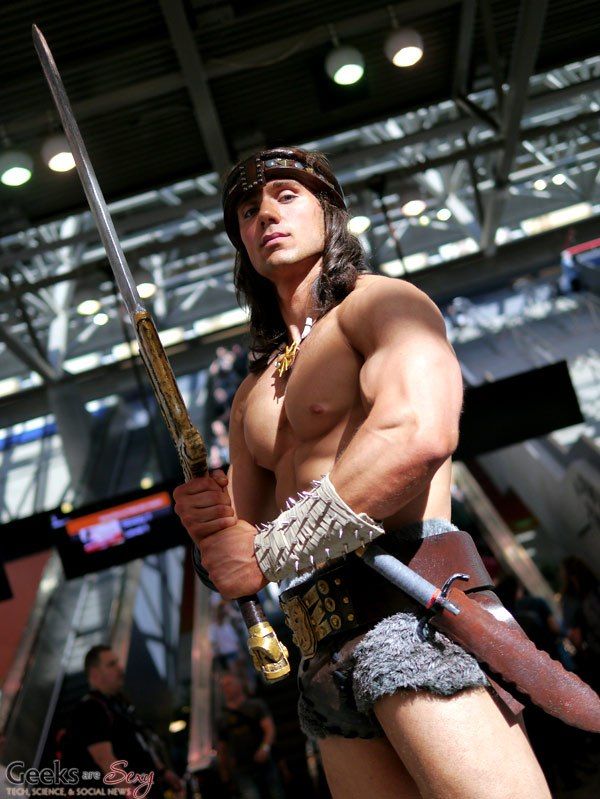 Check out all the pictures posted so far, and visit the site Monday and Tuesday for more!

One of the many minor quibbles with Star Wars is how lightsabers work. Lasers don't go to a certain length and then stop! But in a fictional world there are very good reasons to have them work that way. A laser with an unlimited length would present so many problems, they would be unusable. This skit from Corridor illustrates just a few of those difficulties. -via Tastefully Offensive

This video contains spoilers, but it won't make much sense anyway if you haven't seen Avengers: Infinity War. How It Should Have Ended came up with multiple ways the plot could have been resolved without all that fighting and stuff. Of course, that would have left us with much less of a movie, and we wouldn't all be wondering about and waiting for the next installment. The real fun of this video begins afterward, when it spreads beyond the Marvel Cinematic Universe into other pop culture worlds. -via Geeks Are Sexy

In 1997, downloading a short video clip took forever, Flash animation was still in development, we had never heard of Midi-chlorians, and people with time on their hands created little pictures with ASCII characters. New Zealand Star Wars fan Simon Jansen was one of those casual artists who tried a little ASCII fan art from the first Star Wars movie, now called A New Hope, that turned into an 18-year project.

For reasons that are a mystery even to himself, Simon Jansen began creating individual frames of A New Hope after a chain of joke emails. Though not particularly keen on animation or ASCII art, Jansen was just enough of a Star Wars obsessive to keep up with the project.

Obsessive is pretty much the only way to describe Jansen’s project. With more than 16,000 frames at 15 frames per second, the animation only lasts about 18 minutes. It’s not a perfect, shot-for-shot recreation. Those 18-plus minutes manage to cover almost 40 percent of the original. And Jansen had much less than that completed two years after he started the project, when he went viral before it was even a term.

As the years went by, Jansen added to his ASCII remake of Star Wars, while technology advanced to the point where amateur animators could turn out Star Wars fan films in a matter of hours. No doubt that's one of the reasons why Jansen quit adding frames in 2015, but what he accomplished is legendary. Read about Jansen's epic project at Tedium. And if you've got 18 minutes, you can watch ASCIImation Star Wars here.

If you are in Hubbards, Nova Scotia, and see Darth Vader coming toward you, you aren't necessarily hallucinating. Allan Carver built his own TIE fighter that he can drive around the neighborhood! He says it's roughly a third of the size of Vader's vehicle, and doesn't fly, but it tools around at a maximum of six miles per hour. He still wears a helmet while driving -you can guess what kind. The TIE fighter is powered by several wheelchair motors (hence the speed) controlled by a Sabertooth dual-motor driver and a DX8 remote control receiver, so it can go whether he's in it or not. Read more about the TIE fighter at the YouTube link and at Carver's website. -via Geeks Are Sexy 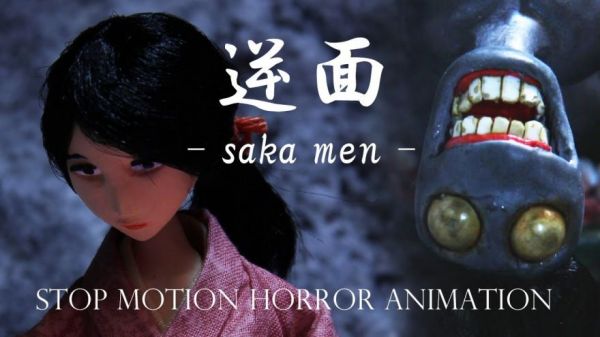 Shinto monks believe the Shimenawa rope represents the border between the lands of the physical and those of the spiritual, and the rope is often put up to indicate that a location is taboo and the rope line shouldn't be crossed by the living.

Those mortals foolish enough to ignore this warning may find themselves faced with unspeakable horrors from the spirit realm, where human flesh is but a plaything... 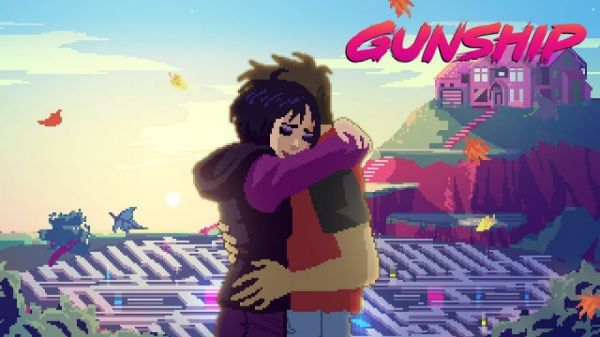 The big screen adaptation of Ernest Cline's book Ready Player One just came out and despite mixed reviews from fans of the book audiences with no connection to the book seem to really like it.

But whether you're on board or stuck riding that hate train one thing's for certain- the film's CGI effects are stunning, and so are the visuals in this music video by GUNSHIP, which has nothing to do with the new film.

Art3mis & Parzival is actually GUNSHIP's homage to the original book, and it may be the one video that can bring both sides of the Ready Player One camp together in synthwave harmony. 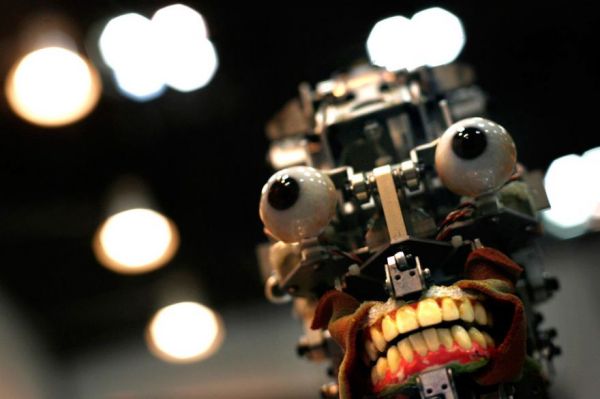 These days it no longer takes a team of robotics engineers to build a robot since kids can now build fully functional bots in their garages, proving that anybody can build a robot if they put their mind to it.

But as robots and artificial intelligence are quickly becoming everyday parts of our lives the fear of a robotic uprising becomes more valid and we must quickly decide whether making them more human was a big mistake or not.

In order to either quell your fears (or add to them) I've put together a collection of scary robot moments in the history of robotics, enjoy your nightmares!

1. This Robot Wants To Keep Humans In Zoos- 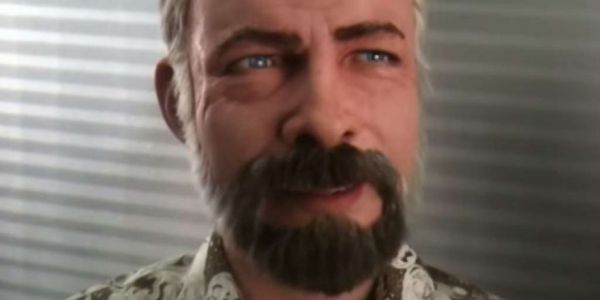 As artificial intelligence software becomes more sophisticated and therefore a better simulation of humanity the androids become more relatable and stick out less, which makes them even creepier.

But some robots running AI software are skipping the slightly unnerving stage and going straight to downright disturbing, and for this we have only ourselves to blame.

This creepy bot has no problem telling its creator that it will someday keep humans in a people zoo, which might be their subtle way of declaring "bow down before your robotic overlords, puny humans". I refuse to bow down, you bot bastard! 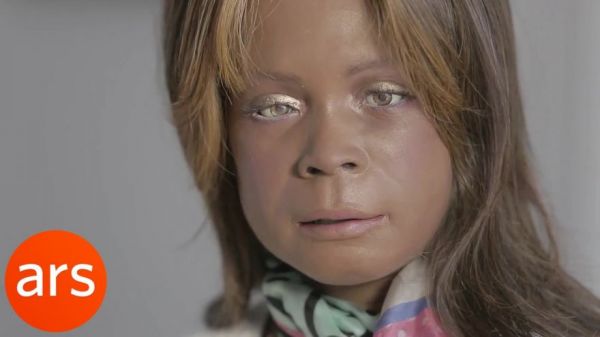 It's one thing to honor your deceased wife's memory by using her personality as the basis for your artificial intelligence software, but you don't have to make the robot version identical to the original in every way.

For instance- nobody expects robots to be surly and full of bad attitude, but as you can see from this video showing creepy fembot Bina48 chatting with Siri our robotic overlords will not only rule humanity someday- they'll act all high and mighty about it!

First there was sassy Siri and now Bina48 with the bad attitude- man, going to the DMV is going to suck even more when robot tellers replace people!

In fact, PLAY by SebastiAn sounds like the soundtrack to an old school video game, but the video features animated squiggles doing all sorts of strange things to our favorite childhood board games. 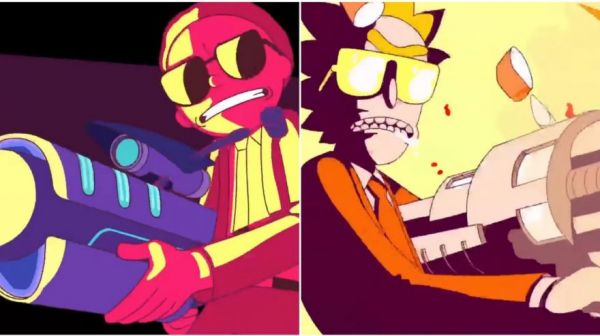 The future of Rick and Morty is in jeopardy, as the nefarious scoundrels at Adult Swim have yet to renew the show for a fourth season, but neither Rick nor Morty are letting their unknown future get them down.

They're too busy starring in a kickass music video for the kickass Run The Jewels song "Oh Mama" and proving they've got a very bright future as music video stars. (NSFW language) 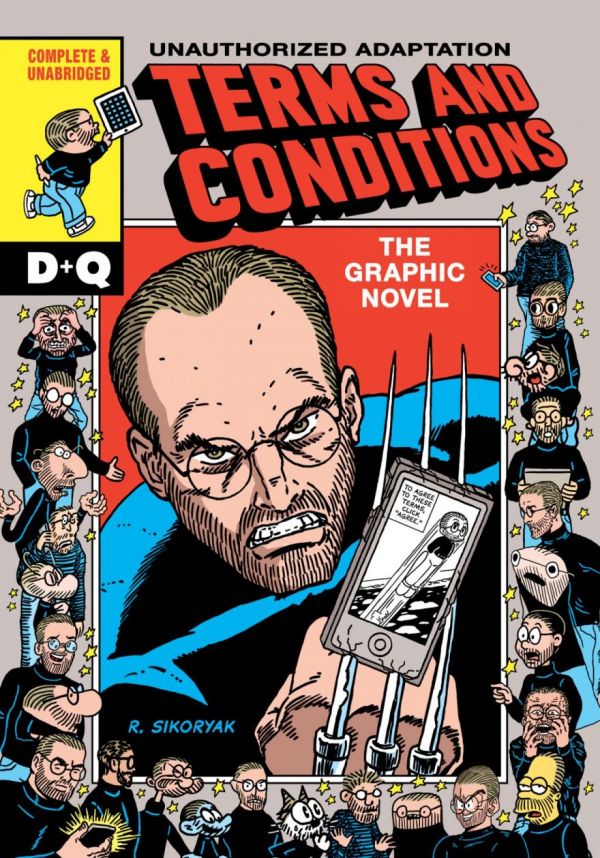 Whenever you install and use iTunes you're forced to agree to Apple's user agreement to continue, a lengthy document that is essentially just a long-winded way for Apple to cover their butt.

I've never read this entire document, and chances are neither have you, but illustrator Robert Sikoryak has and somehow it inspired him to create a comic book version of that ridiculously long legal document.

Robert rendered his "unauthorized adaptation" of the iTunes Terms and Conditions in the style of many famous cartoons and comics, from the Simpsons to Peanuts to Dick Tracy, and his graphic novel is making people actually want to read the document! 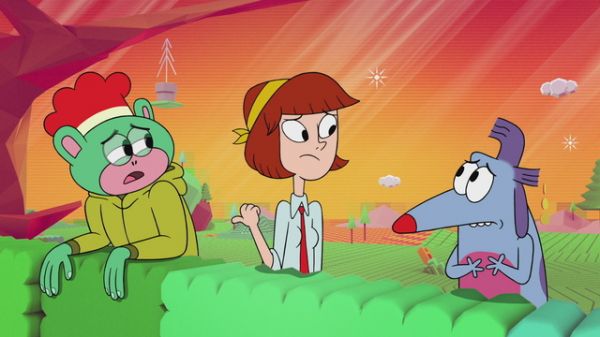 Cartoon Network has introduced us to great shows like Teen Titans GO!, Adventure Time, The Misadventures of Flapjack, Regular Show and Samurai Jack just to name a few, but sadly some equally great shows have yet to make it past the pilot episode stage.

Back To Backspace is one of those shows that Cartoon Network should seriously reconsider turning into a series because it's oddball and interesting and fun enough to become their next big hit! Here's the blurb:

With every stroke of every backstroke key around the world, deleted information beams into a dimension of digital detritus. Here, an organization staffed by a motley cluster of deleted creatures organize every flub and failure and determine the fate of each one.