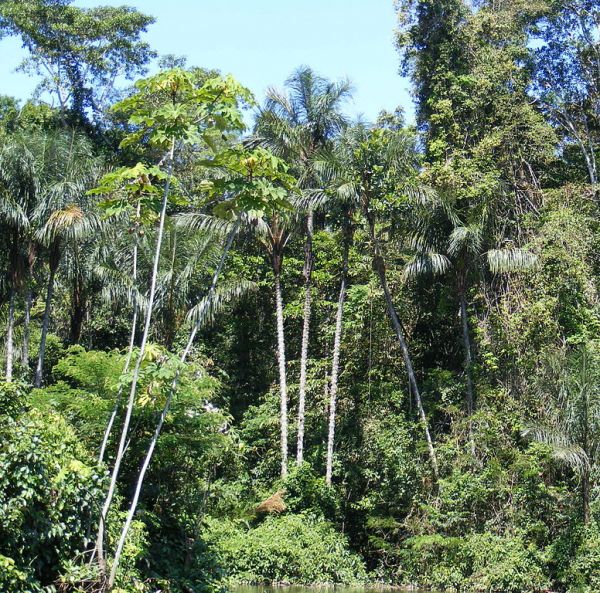 Around 66 million years ago, an impact from outer space changed the world. Its effects wiped out non-avian dinosaurs and countless other animal species. Plants, too, although plant fossils in tropical areas haven't been studied as much. However, a 12-year study led by paleobiologist Carlos Jaramillo looked at fossil pollen from Colombia in order to trace the history of the Amazon rainforest. The Chicxulub impact led to the rise of the rainforest as we know it, but that just makes us wonder what it looked like before.

Their findings paint a picture of a sudden, cataclysmic annihilation of life after the impact—but also of a phoenix-like rebirth in the millions of years afterward. Prior to the meteorite, the authors determined, South America’s forests featured many conifers and a brightly lit open canopy supporting a lush understory of ferns. Dinosaurs likely played key roles in maintaining these Cretaceous forests by knocking down trees and clearing out vegetation, among other things. Within moments of the Chicxulub meteorite’s impact, however, this ecosystem was irrevocably altered. Fires, which likely burned for several years, engulfed South America’s southerly forests. Along with many of the animals they supported, a total of 45 percent of the continent’s tropical plant species disappeared, according to the authors’ calculations.

It took six million years for the forests to return to the level of diversity they had before the meteorite, and the species that slowly grew back were completely different than what came before.

One might argue that the new species were not only different, but better. Read more on the study at Scientific American. -via Damn Interesting