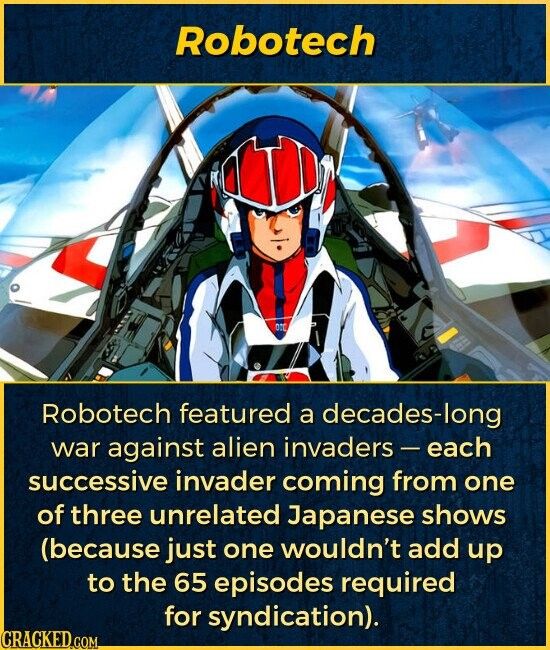 You might expect that imported pop culture would be changed somewhat in order to be better understood in a different country, or to make it more relatable. That's not the only reason things get changed. Sometimes it's to make the finished product more lucrative, as in getting enough episodes of a TV show to sell in syndication. But one movie in this list was changed beyond all reason. 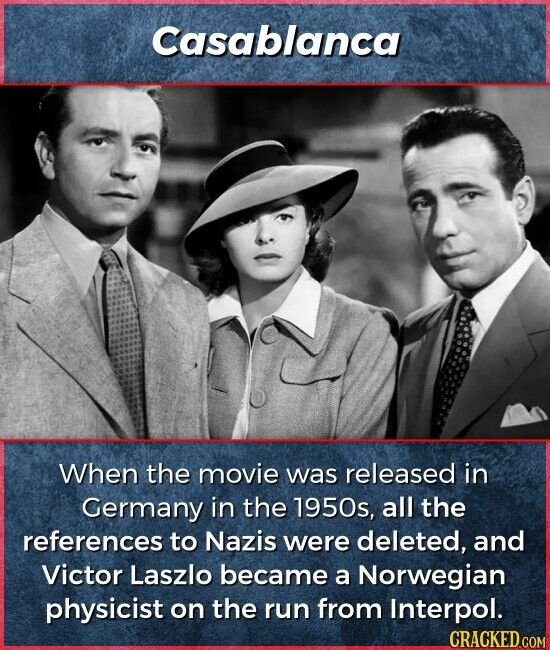 It's mind-blowing to think of Casablanca without Nazis, and without World War II. That's the whole point of the story! You can imagine it turned out to be about ten minutes long. I had to look that story up, and it's true. The German version of Casablanca brought the movie down from an hour and 42 minutes to an hour and 17 minutes, and wasn't particularly well received. See other movies and TV shows that changed dramatically when they crossed borders at Cracked.