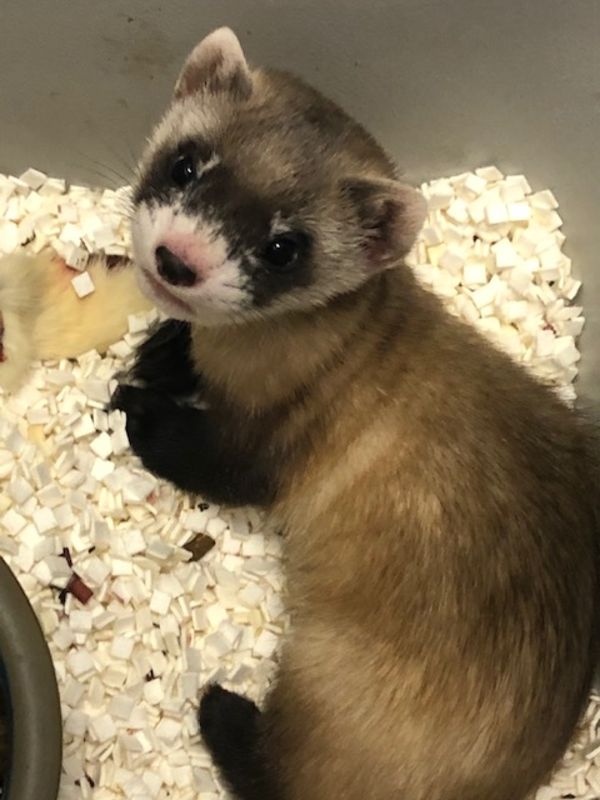 Elizabeth Ann was born on Dec. 10, 2020, and resides at a U.S. Fish and Wildlife Service black-footed ferret breeding facility in Fort Collins, Colo. The team waited several months to introduce her to the world.

"The first few weeks of their life can be really critical for any ferret, natural-born or clone, and so we wanted to know that she was going to be good," Novak said.

"She is thriving and growing and becoming more and more black-footed ferret-like every day."

Elizabeth Ann was born as part of a litter of domestic ferrets, which are a different species. There are plans to produce other ferret clones for the breeding program. Read more about this ferret and see more adorable pictures at CBC.  -via Damn Interesting