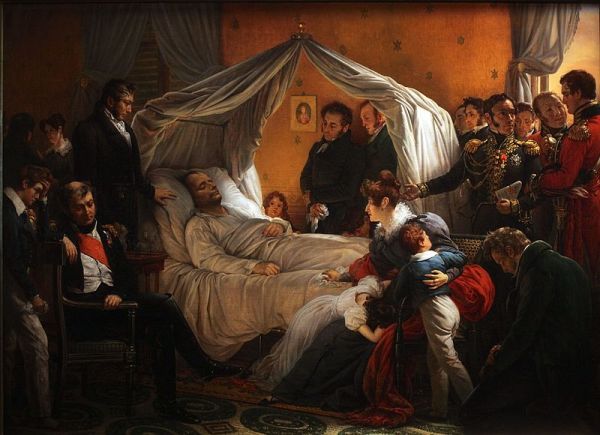 Napoleon Bonaparte was only 51 when he died in exile on the island of Saint Helena in 1821. Doctors who attended his autopsy concluded that the cause was untreated stomach cancer, which caused years of suffering. Irish surgeon Barry Edward O’Meara described the former emperor's condition in a recently-sold letter from 1818.

“I found [Napoleon] laboring under a considerable degree of fever, his countenance displaying anxiety and being evidently that of a man who was experiencing severe corporeal sufferings,” O’Meara observed.

He added that the politician’s symptoms included “great increase of pain in the Right side, rending headache, general anxiety and oppression, skin hot and dry, pulse quickened,” all of which signaled a “crisis of a serious natures.”

While O'Meara had reason to exaggerate Napoleon's condition, the letter is one of the rare artifacts of his final years in exile. Read more about Napoleon's death at Smithsonian.