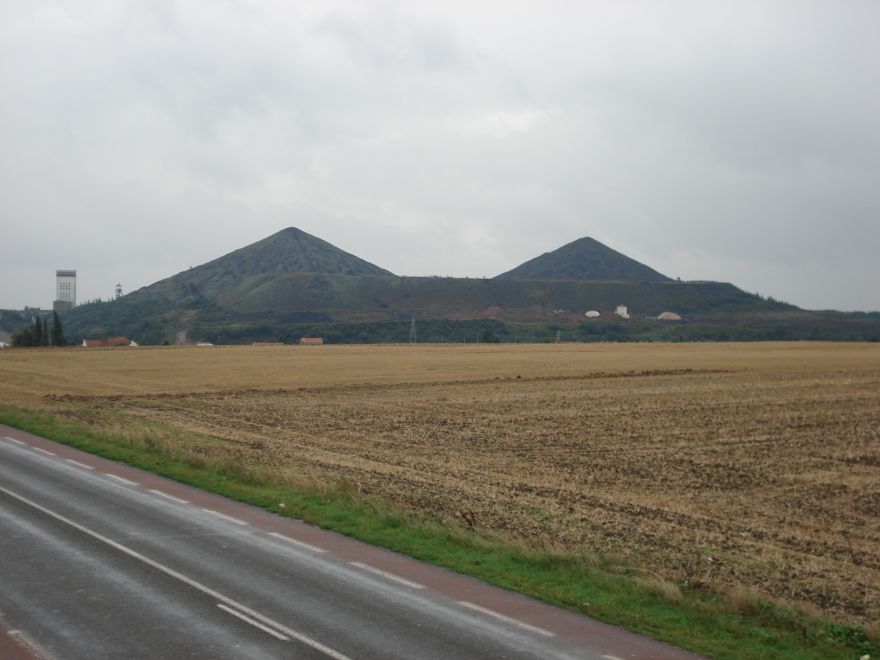 Artificial mountains dot the terrain earth wide. Some are built to add a new feature to the landscape. But most are the consequence of manufacturing processes and piled construction and mining waste. Artificial mountains can be formed from slag, the molten rock separated from iron ore during steel production. Slag is then dumped in a waste pile, which hardens into concrete-like rock when cooled. Other artificial mountains have been created from the leftover remnants of producing cement.

The majority of the artificial mountains found in the United States are the byproducts of cement and steel production, created at the pinnacle of those industries between the late 1800s and mid-20th century. They can be humongous in size. Brown’s Dump in West Mifflin, Pennsylvania, for example, was over 200 feet tall and covered the equivalent of 130 city blocks. These mountains have been described as toxic nightmares. And tragedies have resulted from them collapsing.

Piles of the rock extracted during mining, also called spoil tips, can rise hundreds of feet into the air. Their loose composition can make them unstable and quite dangerous. In 1966, more than 115 children were killed when a mountain made from coal mining debris slid into a school in Wales. A similar disaster occurred in late 2015 when a steep mountain made from building construction leftovers in Shenzen, China collapsed, sent a landslide of mud and concrete onto the factories and neighborhoods below, and caused more than 85 people to go missing. In 2016, an artificial mountain built to extend an airport runway in Charleston, West Virginia collapsed and destroyed a church and a home.

Dismantling those that do exist can be tremendously difficult and expensive, but there is potential money to be made from re-purposing them. One mountain recycler says his business is like “having a license to print money.” Read further about the danger, beauty, and potential of artificial mountains at Atlas Obscura.

Reply
Reminds me of a visitor to the east shore of Onondaga Lake near Syracuse admiring the "white cliffs" on the west shoreline. They were waste piles from the Solvay Process plant there. Made the lake one of the most polluted in the US.
Abusive comment hidden. (Show it anyway.)
2 replies
Reply
In my hometown there are at least three artificial landscapes with artificial mountains, one made of debris from world war 2, one from material digged up when building subway tunnels and one is a closed landfill... and there may be even more..
Abusive comment hidden. (Show it anyway.)
1 reply
Start New Comment Thread...