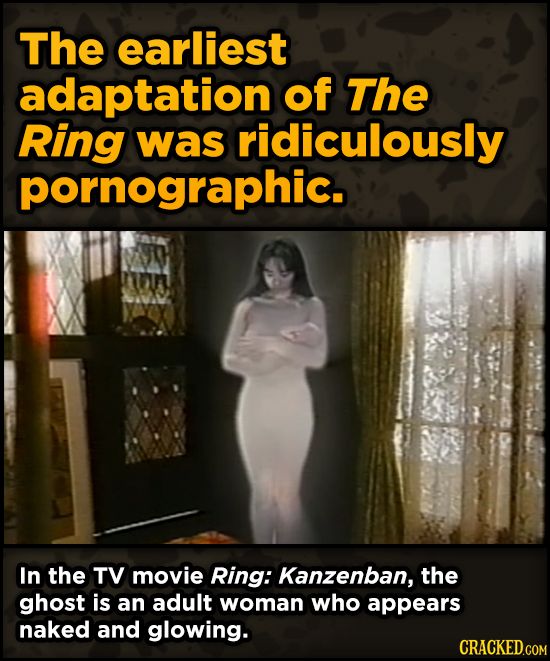 When we are introduced to a character in a movie or TV show, we assume that the character is supposed to be exactly who he is. It is only later that we learn what process the character went through to become the finished product we see. It's difficult to imagine the woman from The Ring as anything but crawling around with her face covered by hair. 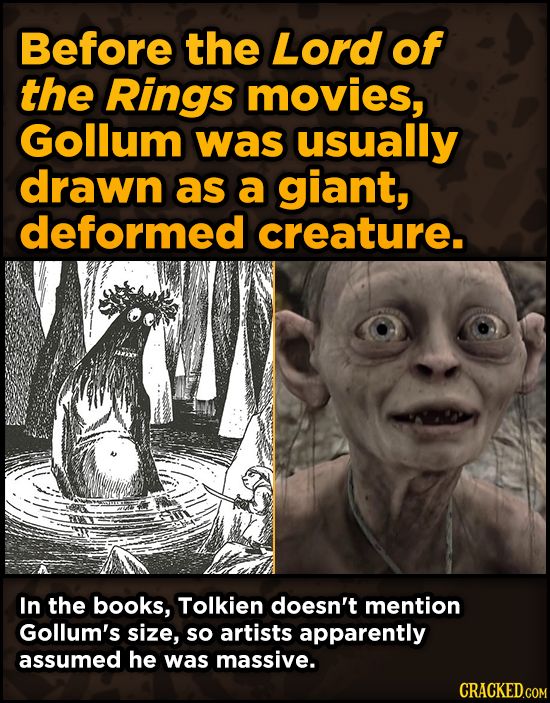 Even before the movies, it's hard to see how anyone would interpret Gollum as a giant. The picture I got from the books was that he was short, emaciated, and terribly gross, even more so than the Andy Serkis version. See what other well-known characters were like in their formative stages at Cracked.

Yeah, Rankin/Bass did an animated TV-movie adaptation of The Hobbit in the 70's, and their Gollum looked a lot like the movie version; I don't know how much of an influence it was.
Abusive comment hidden. (Show it anyway.)
1 reply
The Wikipedia entry for Gollum at https://en.wikipedia.org/wiki/Gollum#Characteristics says: In the first edition of The Hobbit, Tolkien made no reference to Gollum's size, leading illustrators such as Tove Jansson to portray him as very large.[7] Tolkien realised the omission, and clarified in later editions that Gollum was "a small slimy creature."[T 3]The Two Towers characterises him as slightly larger than Sam;[T 17] and later, comparing him to Shelob, one of the Orcs describes him as "rather like a spider himself, or perhaps like a starved frog."[T 18]
Abusive comment hidden. (Show it anyway.)
1 reply
Login to comment.
Click here to access all of this post's 4 comments