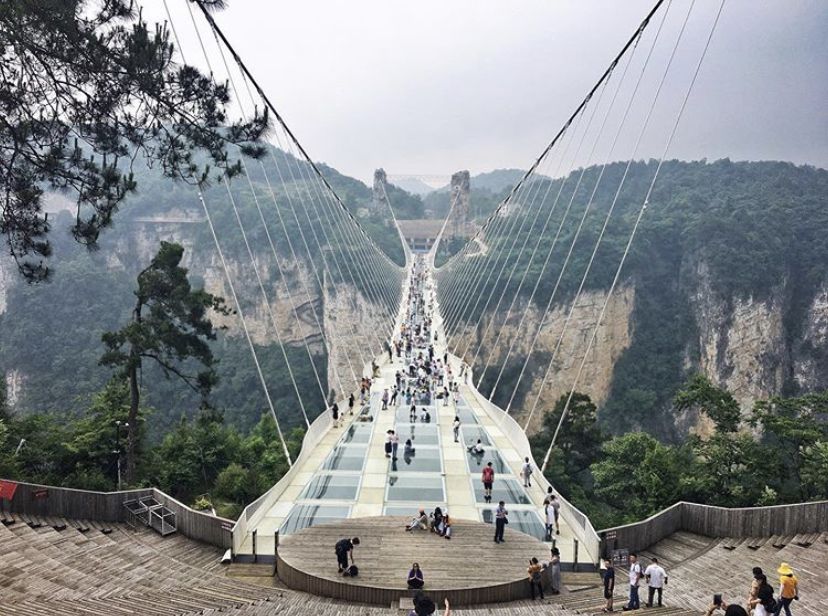 This glass bridge in China’s Guangdong province has broken a Guinness World record for the longest glass-bottomed bridge. Have fun admiring the view from all possible angles when you manage to visit this place! Alternatively, you can be scared or in awe at how high you are by seeing through the glass floor, as Hyperallergic details:

The work of Zhejiang University’s Architectural Design & Research Institute (known as UAD), the bridge measures 1,725 feet and connects two ends of a narrow valley in the Huangchuan Three Gorges Scenic Area. Its floor is made up of three layers or about 1.7 inches of tempered laminated glass and can hold up to 500 people.

Previously holding the number one spot for most terrifying — err, longest — glass-bottomed suspension bridge was the 1,600-foot-long Hongyagu footbridge  in China’s Hebei province, which was reportedly built to have a slight but unnerving sway. The vertiginous structures are not uncommon in China, which had an estimated 2,300 glass bridges as of last year, many constructed as tourist attractions.

The Three Gorges Scenic Area bridge, described by UAD as “a transparent corridor in the air,” took three years to build at a cost of 300 million yuan (~ $43 million).