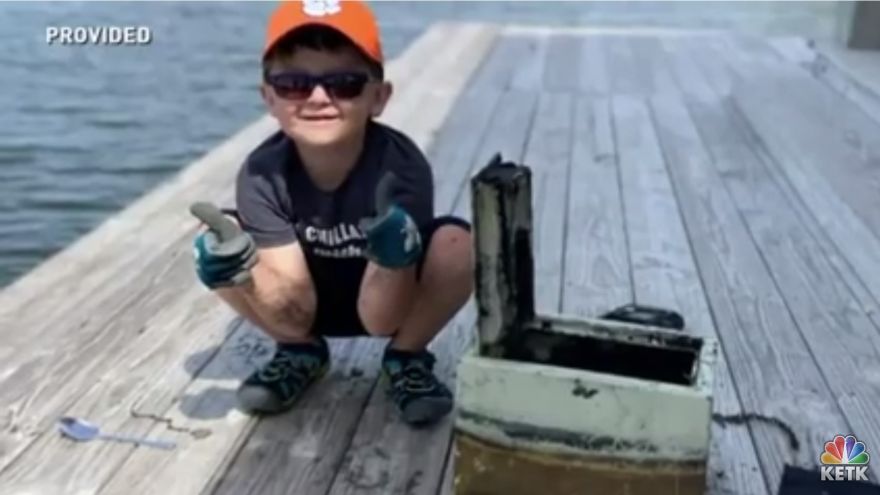 South Carolina — Six-year-old Knox Brewer loves to go magnet fishing with his parents Jonathan and Catherine. The boy and his parents do this to help pass the time. On Mother’s Day, however, as Knox cast out his magnet fishing line at the Whitney Lake, his magnet attracted something big and heavy. A nearby stranger helped Knox fish out the thing he just caught, which turned out to be a locked metal safe.

The safe contained items including jewelry, a notebook and a checkbook.

The Brewers contacted police and soon discovered the safe had been stolen from a neighbor's home eight years earlier.

"She got some missing charm bracelet pieces that were still left in there," Catherine Brewer said. "She said all the expensive stuff was gone, but at least she got closure and some of her pieces back."