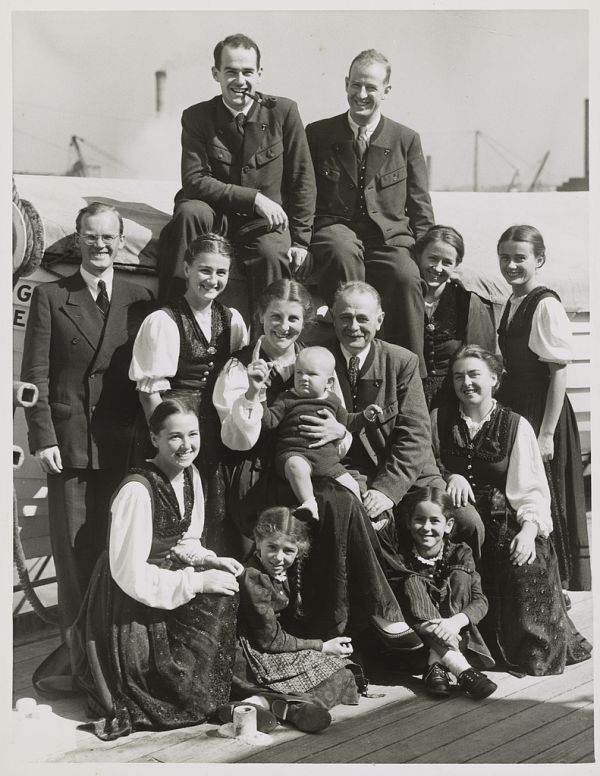 Maria von Trapp wrote a book about her life and family in 1949. That book was made into a German film in 1956. That film inspired a Broadway musical that debuted in 1959 called The Sound of Music. It was made into a Hollywood film in 1965, which surpassed Gone With The Wind to became the highest-grossing movie of all time for the next five years. Fifty-five years later, children still learn the songs from the movie in school -and one tune was a chart-topper just last year. But how close was the movie to the real story?

In 1926, when one of Georg von Trapp's children, Maria, fell ill with scarlet fever and could no longer manage the 4-mile walk to school with her siblings, he asked the Reverend Mother at a nearby abbey to send him a suitable tutor. She chose Maria Augusta Kutschera, a 21-year-old novice with a teaching background.

Well, that sounds familiar. But there were differences. Georg and Maria married in 1927, so they were not confronted by Nazis upon returning from their honeymoon. But compared to other movies "based on a true story," the account was remarkably close to the truth. Read the real story of the von Trapp family behind The Sound of Music at Mental Floss.