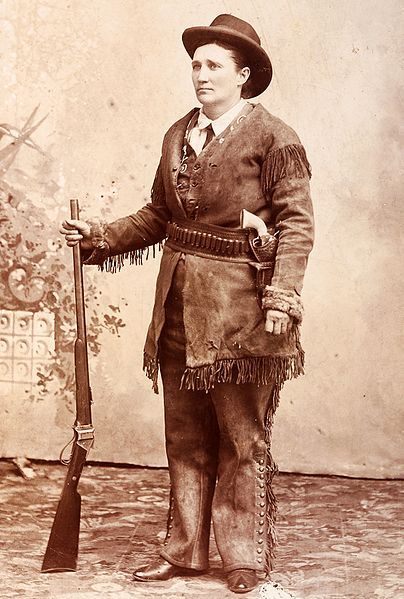 The following is an article from the book Uncle John's Weird, Weird World: EPIC.

Most histories of the Wild West focus on men—cowboys, gunfighters, sheriffs—glossing over the fact that a lot of the era’s women were just as powerful, influential, and hell-raising as their male counterparts.

Her Story: Born Martha Jane Cannery in Missouri, she was one of the most famous American women of the 19th century. Yet it’s difficult to know for sure exactly what she actually did. Why? Because much of her legend comes from pulp-fiction writers, as well her own trumped-up autobiography. And then there were her days of touring with Buffalo Bill’s Wild West Show, where Jane told many more tall tales about her rugged life. Here’s some of what she claimed:

• She was married to Wild Bill Hickok and had his child.

• She was a scout for General Custer.

• She was a Pony Express rider.

• The name “Calamity Jane” was given to her by an army captain whom she rescued single-handedly in an Indian fight. Historians doubt these claims. But what makes Jane so interesting is that she could have told the truth and would still have been considered an amazing woman. Here’s what is known:

• She was an expert horsewoman and sharpshooter.

• She often dressed as a man and fought Indians.

• A hard drinker who chewed tobacco (and cussed a lot), she was highly respected by the men she rode with.

• During a smallpox epidemic in Deadwood, South Dakota, in 1876, Jane nursed many of the sick back to health. 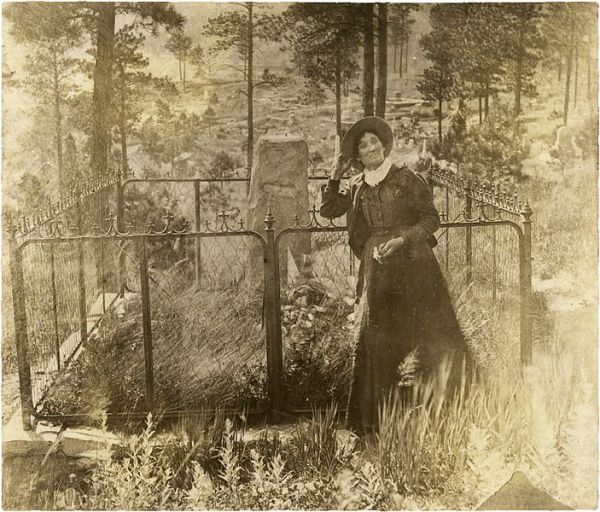 Most likely, Calamity Jane got her nickname simply because trouble seemed to follow her everywhere. In the end, alcoholism got the better of her—she died penniless at 51 years old. 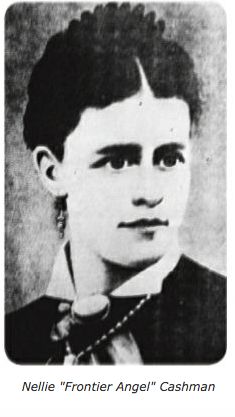 Her Story: Cashman emigrated to Boston from Ireland with her sister and mother in the mid-1860s. An adventurer at heart, Cashman heard stories of the Gold Rush and decided to go west. She boarded a ship, sailed down the Atlantic coast to Panama, crossed the isthmus on a donkey, then set sail for San Francisco. But she didn’t settle there—Cashman wanted to go where the action was, so in 1872 she moved to Nevada and worked as a cook in various mining towns while panning for gold. Using the little money she earned, she opened her first boardinghouse in Panaca Flat.

Once the boardinghouse was up and running, Cashman sold it, joined a group of 200 gold prospectors, and headed for Cassiar, British Columbia. She opened another boardinghouse there, then moved on to Victoria. But as a devout Catholic, Cashman’s desire to help people was as strong as her love of adventure. Shortly after arriving in Victoria, she got news of a scurvy epidemic in Cassiar. She hired six men and hauled in 1,500 pounds of food and supplies—a trip that took 77 days, often through blizzard conditions. She nursed 100 men back to health and received the first of many nicknames, “Angel of the Cassiar.” Other names given to her in time: “Frontier Angel,” “Saint of the Sourdoughs,” “Miner’s Angel,” and “the Angel of Tombstone.”

All across the West, from Fairbanks, Alaska, to Tombstone, Arizona, Cashman was responsible for establishing restaurants, hotels, grocery stores, hospitals, and churches. Charitable almost to a fault, she would sooner give a free meal to a hungry man than try to make a profit. Along the way, Cashman had many male suitors, but she turned them all down. When a reporter asked her why in 1923, she replied, “Why child, I haven’t had time for marriage. Men are a nuisance anyhow, now aren’t they? They’re just boys grown up.”

Cashman lived a long, hard life that never saw her slow down. She died at the age of 79—after contracting pneumonia on a 750-mile dogsled journey across Alaska. Libby Smith Collins 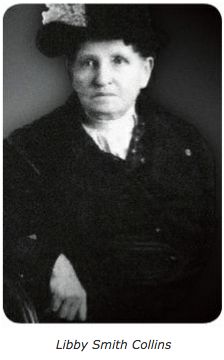 Like Nellie Cashman, Collins proved that a woman was capable of running a business. Her birthdate is unknown, but she came west with her parents sometime in the 1850s. After her husband, a cattle rancher, fell ill in 1888, Collins took it upon herself to transport their herd from Montana to the stockyards of Chicago. She almost didn’t make it: The railroad company wouldn’t let her board—it was against regulations for an unaccompanied woman to ride on a train. Collins fought the rule, got it changed, and made a tidy profit in Chicago. She took the trip alone every year after that, earning her the nickname “Cattle Queen of Montana.” A movie by that title was released in 1954, based on Collins’s life and starring Barbara Stanwyck and Ronald Reagan. 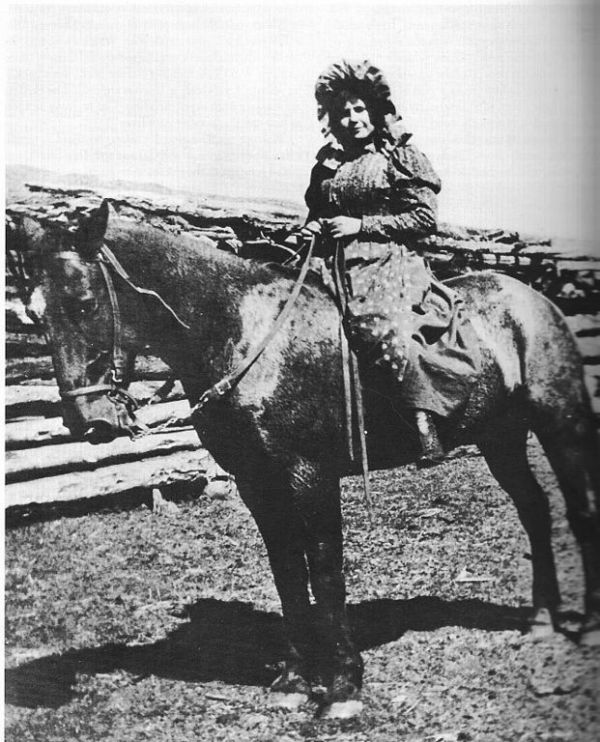 Born Ella Watson in 1861, Cattle Kate is more famous for the way she died than the way she lived: She was lynched by a vigilante mob in 1889 for alleged cattle rustling. After setting up a cattle ranch in Sweetwater Valley, Wyoming, Kate had tried to register a brand with the state, but the Wyoming Stock Growers Association used their power to squash small-time ranchers. So Kate bought a brand from a neighboring farmer and began homesteading her land. This infuriated the big ranchers, who claimed ownership over the entire Sweetwater Valley. So a group of them took the law into their own hands and hanged Kate and her husband, Jim Averell. No one was ever tried for the crime. 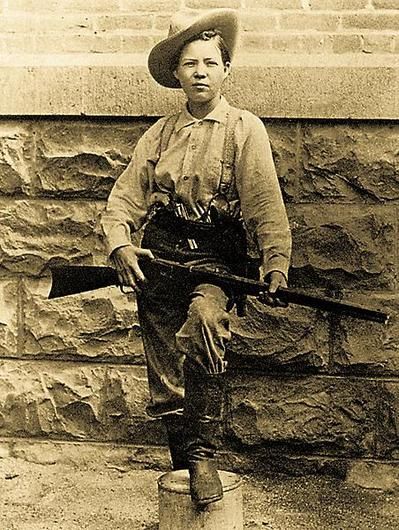 The only woman convicted of stagecoach robbery was Canadian-born Pearl Hart. She and a partner named Joe Boot held up a stagecoach in Arizona in 1899 (reportedly because Pearl needed money for her dying mother). They got caught, and newspapers ran with stories of the “Lady Bandit.” Hart gained even more notoriety from her disdain for authority: “I shall not consent to be tried under a law in which my sex had no voice in making!” She was sentenced to five years in prison in Yuma, Arizona, but served only three. She claimed that she was pregnant, so she was released early. After After that, Hart was never heard from again. 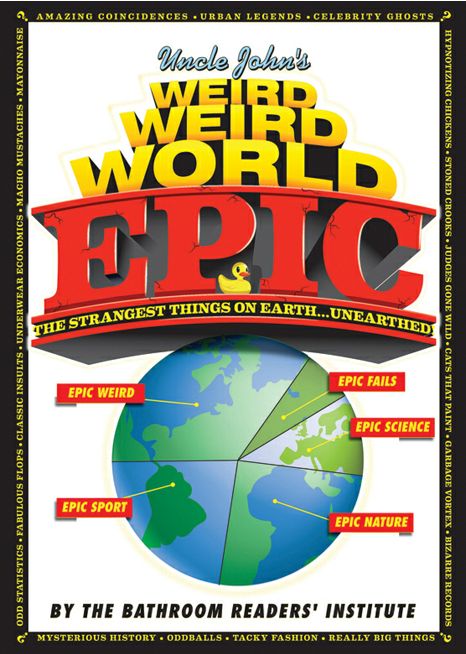 The article above is reprinted with permission from Uncle John's Weird, Weird World: EPIC.