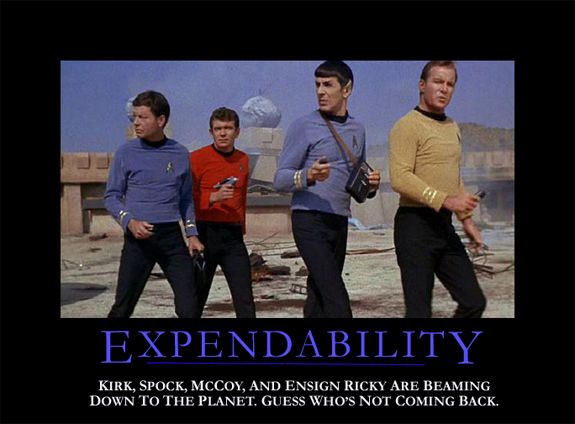 It's common knowledge that on the Starship Enterprise under Captain James T. Kirk, anyone who isn't a well-known cast member who puts on a red shirt and beams down to an alien planet is going to buy the farm, and fast. But are red shirts really that dangerous? The numbers on the surface seem to say yes. 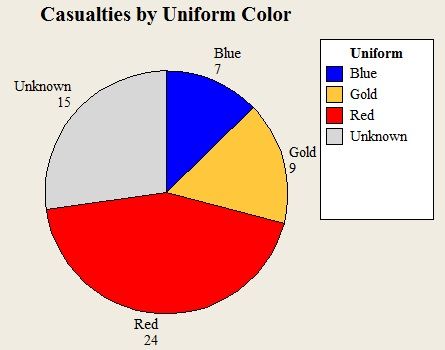 A total of 24 crew members wearing a red shirt were killed dramatically in the three years the series ran. But Matthew Barsalou crunched a lot more numbers, and the results aren't so clear. He posted his data at Significance magazine in a series of charts and graphs to answer the question. Turns out that putting on a gold shirt may actually be worse for your longevity on the TV series. What is clear is that Star Trek + math = geek explosion. Link -via Gamma Squad

It's terribly risky being in Starfleet anyway. A better option: be a private contractor that supplies Starfleet with uniforms of all three colors.
Abusive comment hidden. (Show it anyway.)
Login to comment.